The one thing too many HR managers misunderstand about cultural training

In the past six years my company had the opportunity to work with a wide variety of human resources departments of international companies. We support their employees who go on foreign assignments with a broad spectrum of services, particularly with cultural training.
While we typically see great results with one- or two-day training programs, sustainable training benefits tend to materialize only when we get a chance to custom design our training contents together with an HR department which sees cultural competency training as more than just a one-off tool. Especially, if our partners in HR allow us to deliver programs which go beyond identifying cultural differences and the Dos & Don’ts of the target cultures their transferees will enter. 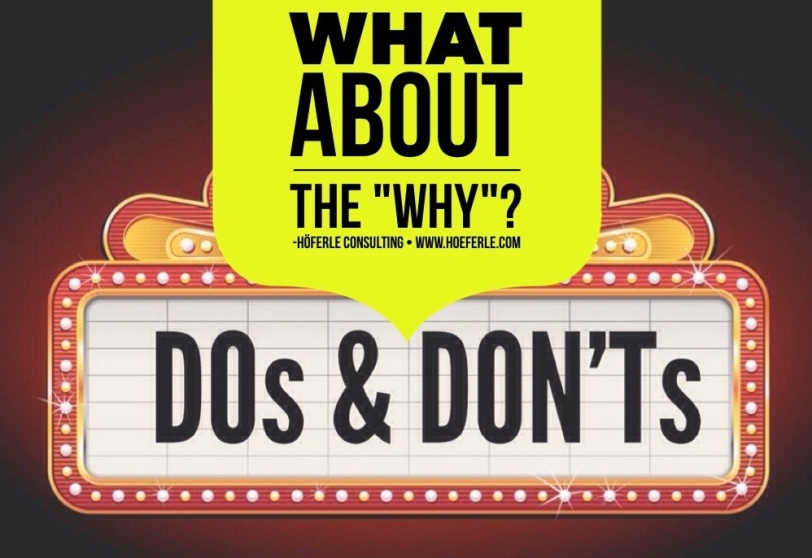 Today, any cultural training firm worth their salt should be able to offer their clients a syllabus of instruction that provides a context in which the participants can learn about the underlying Why  of behavioral differences. More often than not, training programs in and by themselves aren’t enough to create the ability in expatriates to adjust to the cultural differences they experience. That’s why we have been emphasizing the importance of coaching and mentoring for professionals who cross cultures.

Andy Molinsky, a professor at Brandeis University, author of “Global Dexterity” and a brother-in-arms of sorts when it comes to developing global mindsets, is singing my song (once again): He argues that HR managers, who view programs to build cross-cultural competency simply as boxes to check off a list, as widgets for talent development initiatives, are completely missing the point. Even worse, they’re often wasting their money, as he writes in this article for the Harvard Business Review Blog:

“If you’ve ever received any cross-cultural training — or even read a book on the subject — chances are […] it has focused on differences: differences in communication styles (like how Japanese workers are less direct than Germans) or differences in values (like how Americans have more individualistic values than those in China). It may have even focused on differences in etiquette — like how in the United States you can write on the back of a business card, but in Japan, that would be a taboo. Knowing about differences can be quite useful. It can give you a sense of how you’re supposed to act in a foreign setting, especially when you have no idea where to start. It can also help you understand why others from a different culture behave as they do. But in my experience, the mistake many companies make is thinking that knowing cultural differences is enough — that discovering the key differences is all you need to master to be effective across cultures. If the problem your employees face is that they simply don’t understand cultural differences, a solution focused on defining cultural differences makes all the sense in the world. But if, like in most instances, the real problem is that your employees can’t adapt and adjust their behavior across cultures, these solutions focused simply on differences likely won’t give you the bang for your buck that you’re expecting.”

This, so it seems, is the one big mistake many HR professionals make around cultural competency initiatives: To assume that presenting transferees with the knowledge about another culture will automatically and magically lead them to adjust their mentality and their behaviors to a new environment.

Nothing could be further from reality. Let me give you an example.

My company works quite a bit within the transatlantic realm and we do a significant portion of our business with clients in the German-American arena. A few years ago I had the pleasure of working with a German senior executive in the automotive industry who went on assignment in the United States. This gentleman may have been the best prepared program participant I’ve had in my career as a trainer. When I entered his home where the training was about to take place, I sat down at a table on which he had placed a pile of books about cultural competence – from Hofstede to Hall to Lewis. It was quite surprising to see how committed he was to the topic.

At some point during the training I introduced the popular peach/coconut model which works quite well in a German-American context. The participant concluded that his challenge as a leader of a German company in the U.S. would be to “create peachnuts.” I should have noticed it right then and there but throughout the two-day program he appeared to be very adaptable and willing to adjust to his new work environment. And so I didn’t notice that he was actually serious about creating “peachnuts.” In my defence, I thought he was joking.

Turns out he was not. He really thought he could change regional Southern U.S. culture to fit his own. It will probably not surprise you to learn that he failed at this project. His assignment in the U.S. ended prematurely. This was not only frustrating for this particular senior executive but also for his employer and the HR team that sent him and his family on assignment. An opportunity lost and also money lost. This transferee would have been much better off being accompanied by a culture coach while learning to adjust to his host culture. Because, as Andy Molinsky writes, “it can feel extremely uncomfortable acting against your natural style. People can feel anxious, embarrassed, inauthentic, and frustrated, and as a result, many individuals either avoid these situations altogether, or perform them ineffectively.”

A coach will work you through drills and exercises to flex your behavioral muscle and to gradually make you more comfortable with behaviors that may not come natural to you right away.
Cultural knowledge can be learned.
Cultural competence needs practice.
If you want to become a successful global leader you may want to get a workout buddy to practice with. One that holds you accountable.

“Smart companies are starting to realize this and adapt accordingly,” writes Andy. I couldn’t agree more.

Christian is a cultural trainer, coach, and consultant with extensive experience in working with multinational companies and especially in developing global leaders. He is the President and CEO of The Culture Mastery, LLC, where he leads a team of dedicated training, destination services, and expat support specialists. Christian works with global organizations (or those who are going global) to help their employees overcome cultural differences. Typically he only uses the word “normal” in quotation marks and he is an advocate for helping people understand the why of behaviors – not just the dos & don’ts. Most just call him “The Culture Guy”. Find out more about Christian here and follow him on Twitter. You can also see him, listen to him, and experience his work – just invite him!